Realizing Leibniz’s Dream: Child Languages as a Mirror of the Mind

Below you find preliminary project information for researchers interested in project positions. The LeibnizDream project was selected for funding by the European Research Council in the Synergy Grant 2019 call. The core research team of LeibnizDream will be based at three host institutions: Humboldt University of Berlin (HU), University of Milan-Bicocca (UniMiB), and the Leibniz-Centre General Linguistics (ZAS), Berlin. The three PIs are Artemis Alexiadou (HU), Maria Teresa Guasti (UniMiB), and Uli Sauerland (ZAS). We currently plan for the project work to start on January 1st, 2021.

Children around the globe acquire language and with it the human ability to communicate complex thoughts. This project develops a new linguistic theory to explain language and its acquisition. Our central hypothesis is that language radically compresses thought structures to sound or sign. While current theories assume a parallel between thought and language or meaning-preserving transformations, we assume that thought is mapped to language by only realizing some pieces of conceptual representations. Adult language is hyper-efficient at compressing information. For this reason, Leibniz and many others over the last 300 years have been unable to agree on the primitives of human thought.

We predict that child languages are a better mirror of the human mind. Our initial evidence suggests that children are not able to compress conceptual representations as efficiently as adults. Sometimes children produce more material than adults, leading to so-called commission errors, which have never been systematically investigated. Furthermore, comprehension is easier for children when there is a one-to-one match between language and thought. To test our central hypothesis and specify how conceptual structure is compressed into language, we carry out a series of at least twelve targeted language acquisition studies on a global scale. We have recruited collaborators for more than 50 languages from 21 different language families, two sign languages and two creoles to carry out our studies. With this data, we can formulate a complete formal model of the semantic primitives, their combination into conceptual structures, the morphological compression mechanism, and the acquisition process within our model. To accomplish these goals, we rely on insights from formal semantics, generative syntax, distributed morphology, and several other linguistic frameworks. As part of our work, we also create the first open, global research collaboration to conduct language acquisition studies.

A new architecture of grammar

The new architecture of grammar we develop with a hard-wired component (the Generator) and a learned layer (the Compressor) is similar to models in current computational research. We chose to investigate six areas of phenomena that are well studied in linguistic research and exhibit interesting variation across languages. The first two areas concern the internal structure of complex events, namely 1) the expression of causation and agency, and 2) the primitive components of change of state and motion events. The other four areas concern the internal structure of propositions: 3) the binary connectives, especially Boolean disjunction (or), 4) negative concepts such as exclusion (only), adjectival antonyms (e.g. short), and negation, 5) quantificational concepts including genericity and distributivity, and 6) dependencies most frequently analyzed as variable binding. Taken together the six areas amount to a large part of the core of linguistic theory. We simultaneously collect data on these areas and build precise formal models of the Generator and the Compressor that ultimately is implemented computationally.

This project has received funding from the European Research Council (ERC) under the European Union’s Horizon 2020 research and innovation programme (grant agreement No 856421). 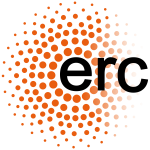 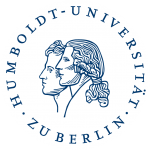 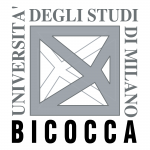 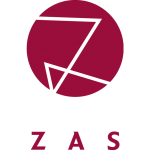